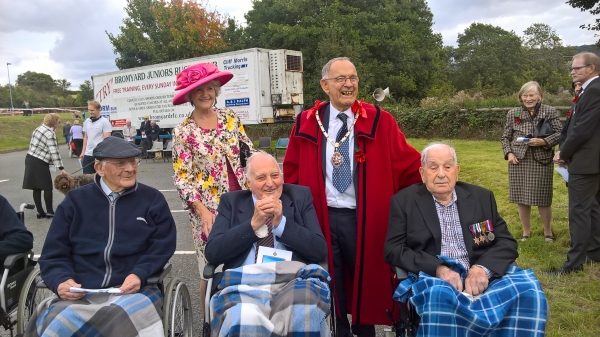 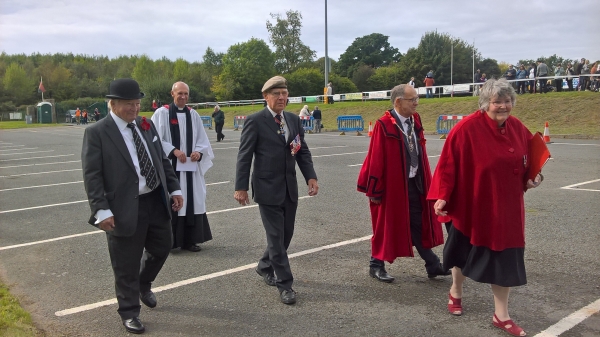 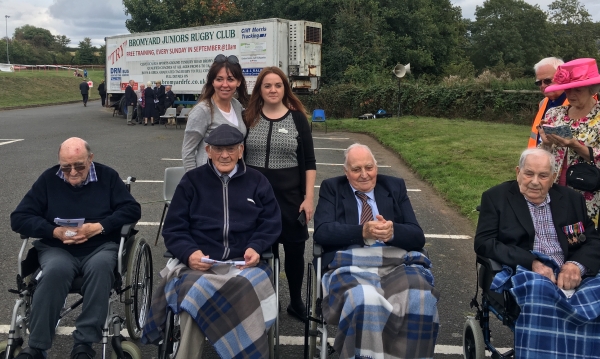 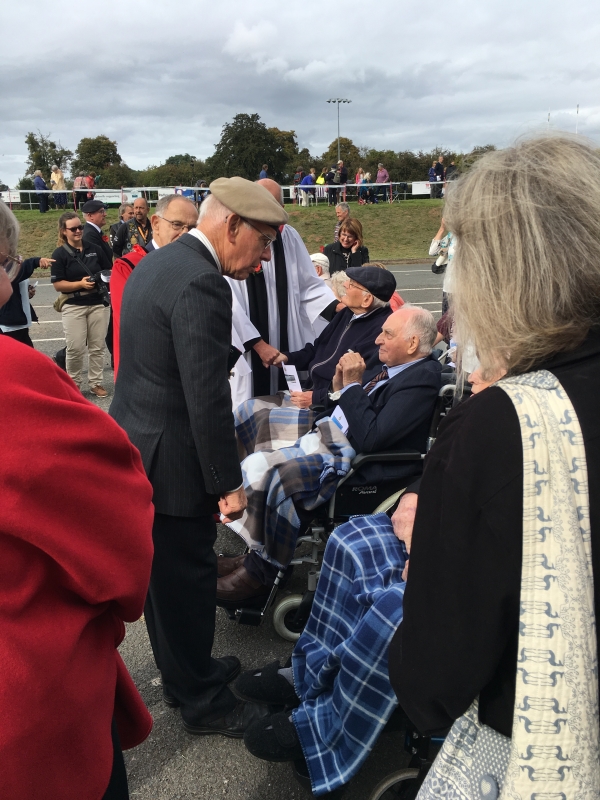 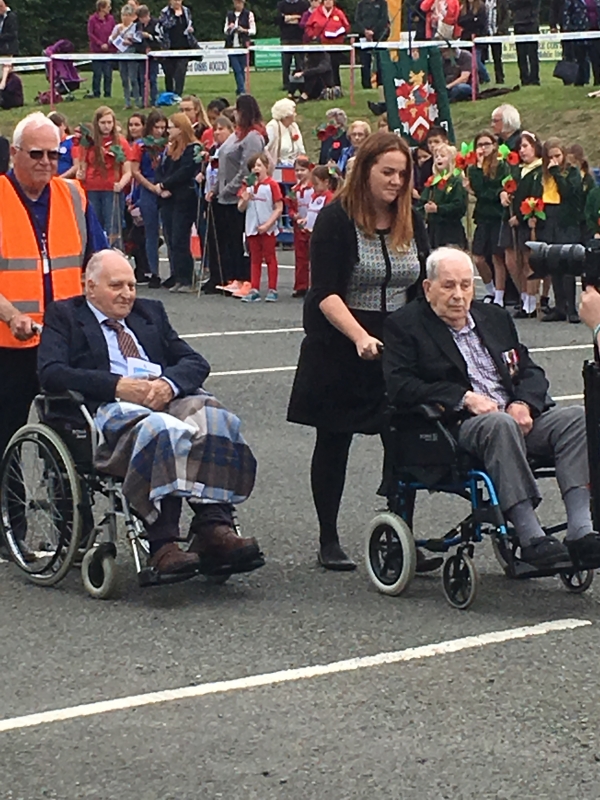 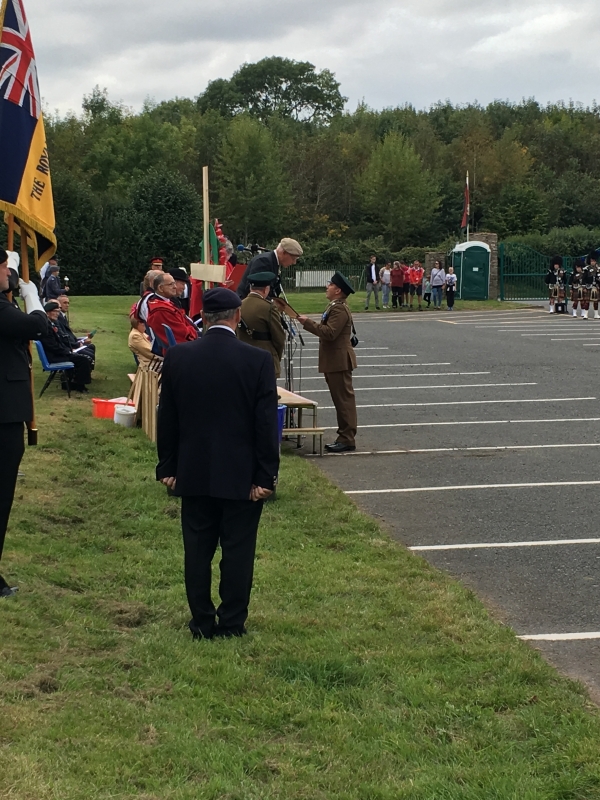 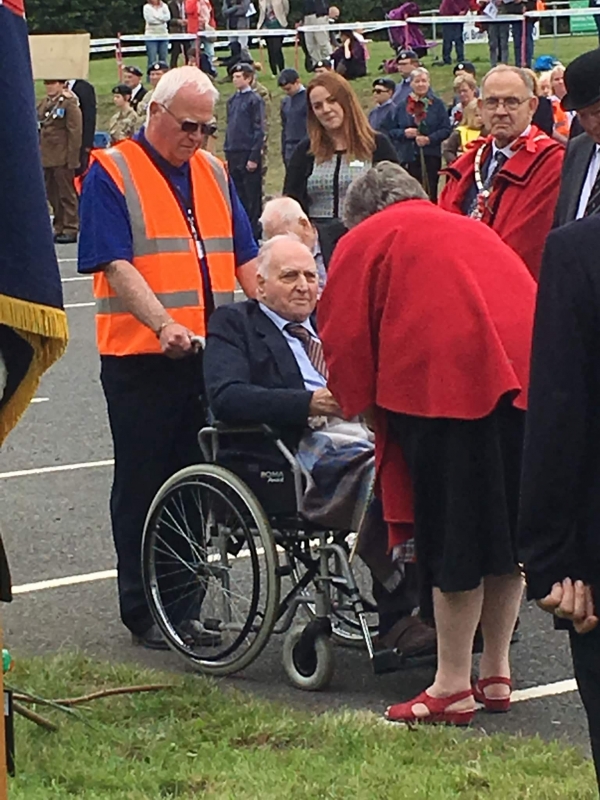 On Saturday 15th September 4 of our service men were Invited to head
up a parade at Bromayrd's Poppy Blessing ceremony held at The Rugby
Club.
Bob Badham and Stan Adams (101) were formally asked to be part of the
presentation and blessings of the poppies and thanked personally over
tanoy for their services during WW2. Each laid a poppy made by our
craft group at the foot of the Cenotaph supported by The Mayor and Mr
Clive Richards.
After the ceremony the men alongside Dennis Mason (102) and Ian
Gallaway were thanked for there contributions to the forces personally
by Royal British Legion (RETd) JE Brodie Murphy and Sir Peter de la
Billiere (KCB,KBE,DSO,MC,DL) and met with the local mayor and
mayoress.
Residents, Family and staff found this a very emotional and humbling
day which honored the contribution these men have made alongside many
others to ensure our country stands as it does freely today. Many
local community groups leaders and individuals came and talked to the
gentleman due to the presence Whitegates has in its local community
and we caught up with many people who support the home. Some new
friendships were also made and we look forward to visits from these
people in the near future.
Back to main list