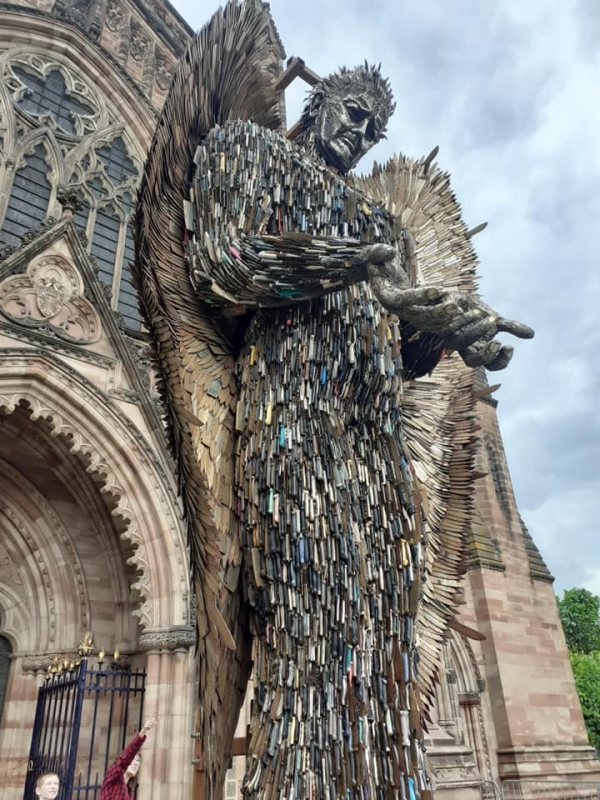 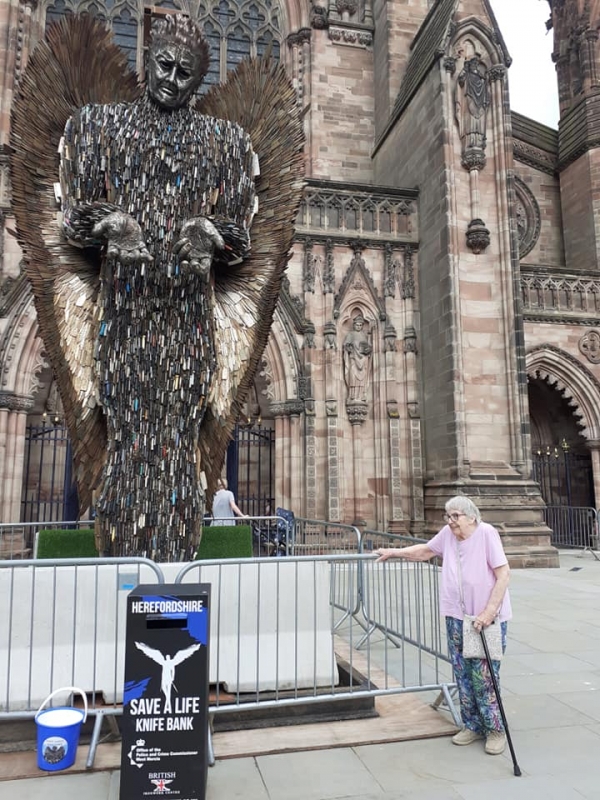 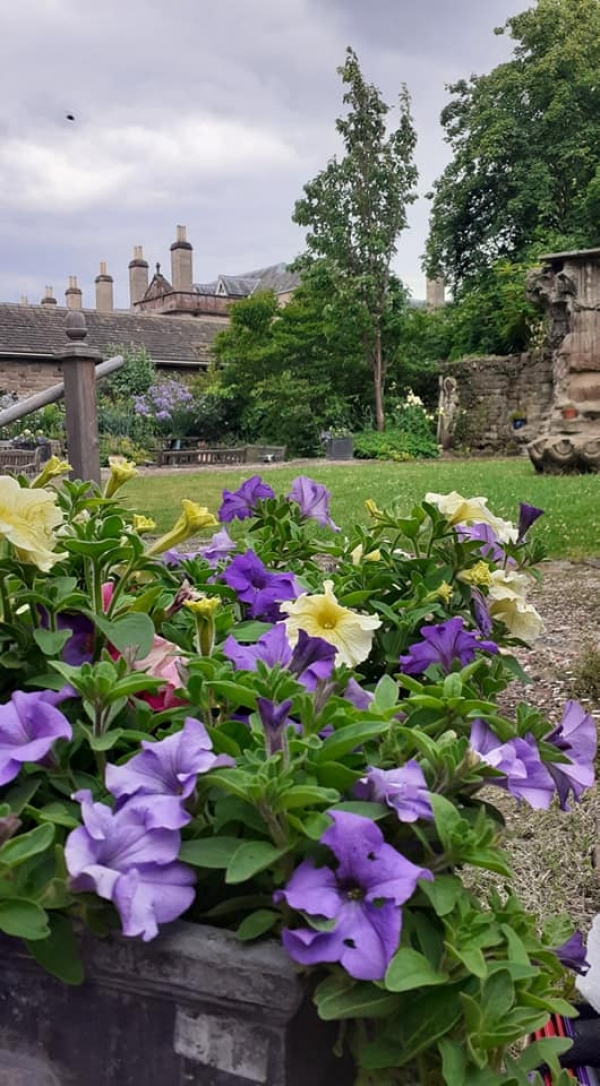 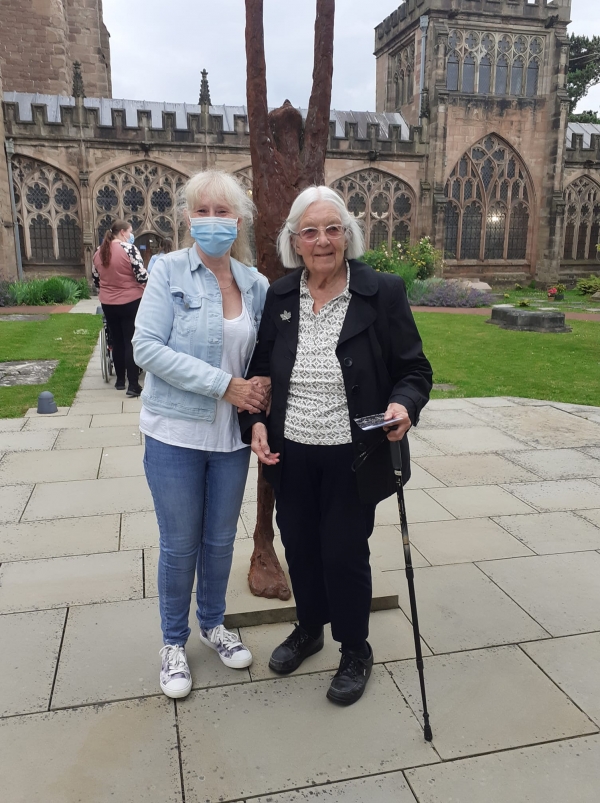 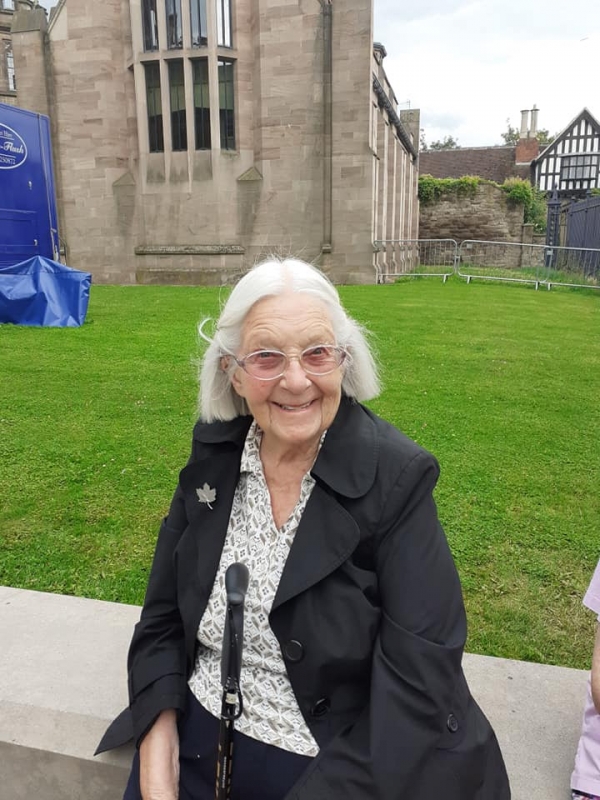 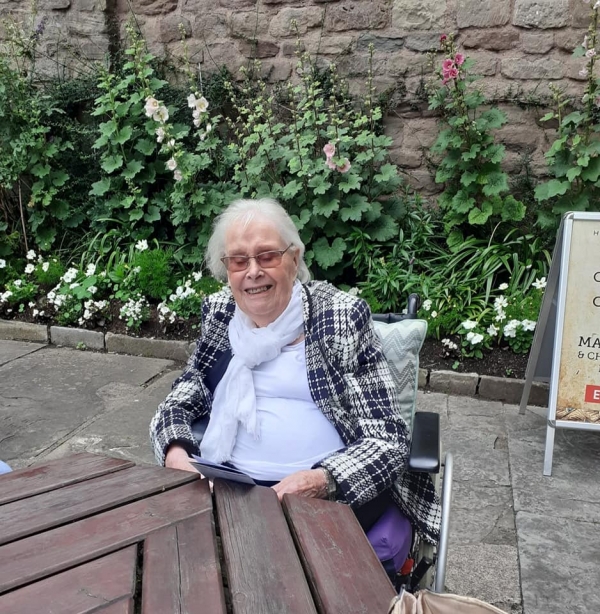 The Knife Angel is a stunning 27ft, 3.5 ton, sculpture of an angel made out of 100,000 confiscated knives received from 43 Police Forces across the UK.

Originating from The British Ironwork Centre in Oswestry and created by sculptor Alfie Bradley, it has been on tour of towns and cities around Britain raising awareness of the issues of knife crime and all forms of violence and aggression.

Alison Davies lost her son Mark to knife crime in December 2018 and together with Meryl Cain and a small group of friends wanted to raise awareness of the catastrophic impact violent crime has on individuals, families and communities. The team’s involvement with this project is carried out on a voluntary basis. The group are known as The Knife Angel Hereford Team.
Back to main list