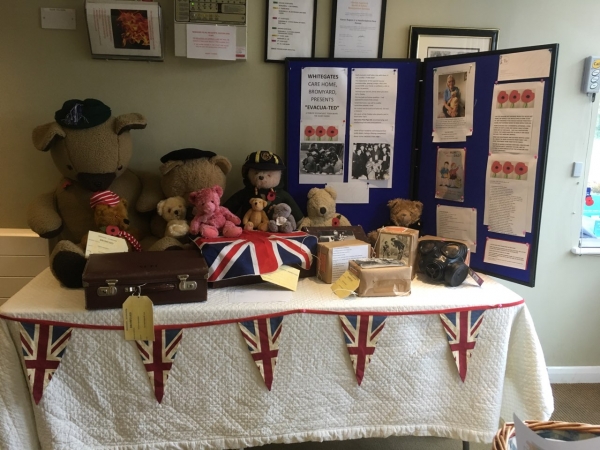 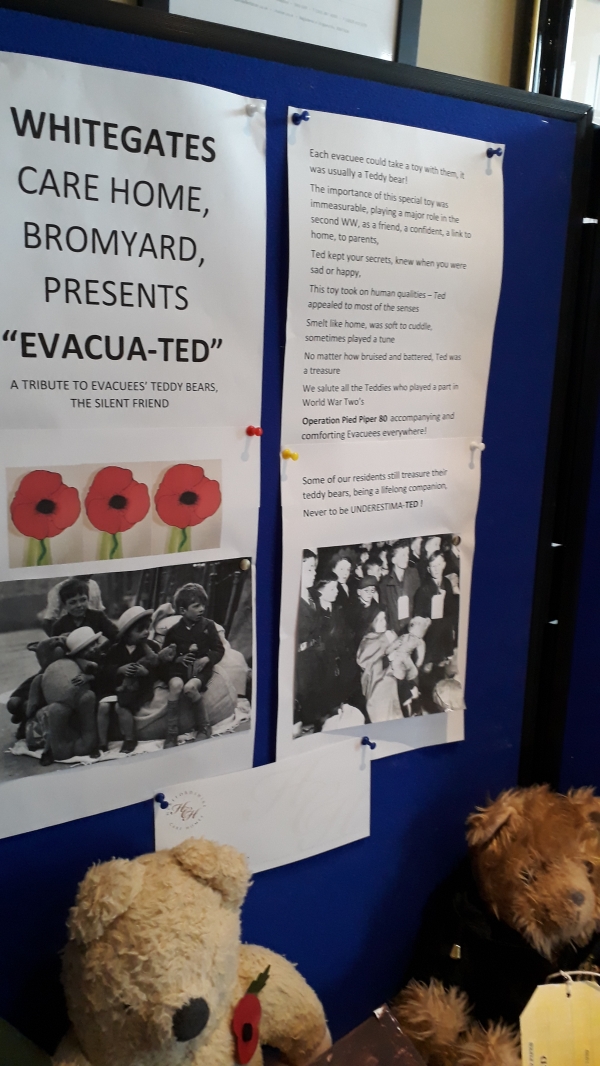 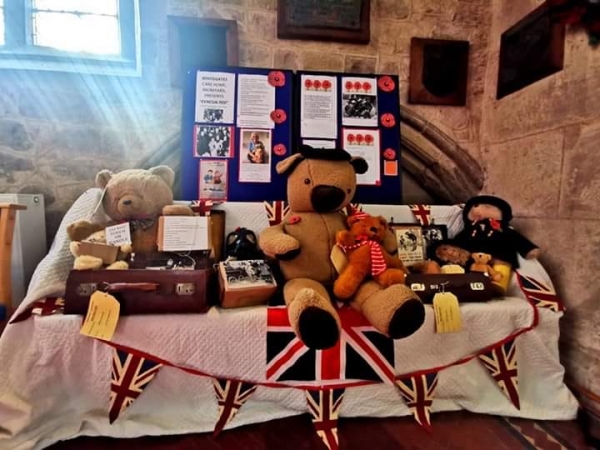 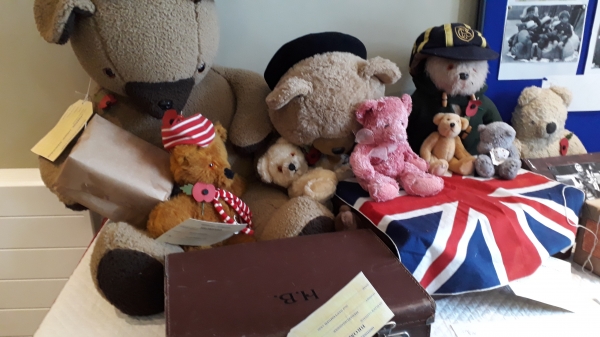 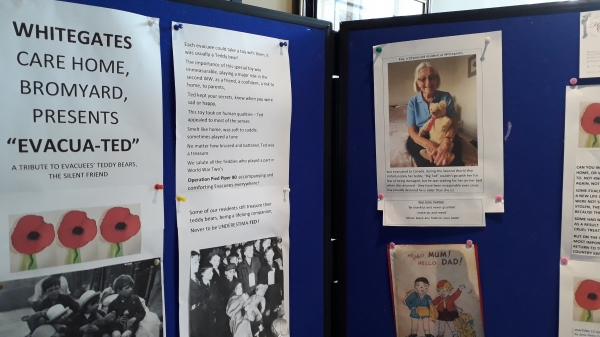 Operation Pied Piper is the theme name given to the WW2 1939 evacuation process which will be commemorated by the Bromyard British Legion. Many groups, clubs, schools and care homes will be taking part in Op Pied Piper with installations depicting Evacuees at an exhibition in the church.

On Nov 8th an Evacuation Parade will take place down to the church following in the steps of the original evacuees in children and adults will able to either experience what it was like to be an evacuee or for some people to rekindle memories.

Major (retâ€™d) Jan Brodie Murphy has been to Whitegates and chatted with Kay Wells, a resident who was evacuated to Canada for 6 years, Kay and her teddy that went with her on the incredible journey were invited to Burley Gate school to speak to the children about her time as an evacuee.

Vanessa and her daughter have been invited to visit Whitegates to have a look around and we are awaiting the answer, fingers crossed